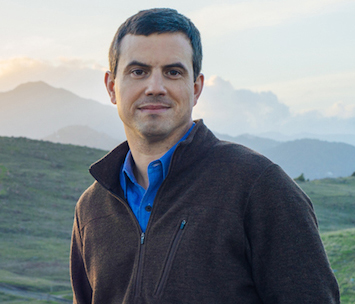 Director of the Yoga Well Institute, Chase has been studying Yoga, Sanskrit, eastern philosophy and religion for nearly 30 years. In 1991, as part of a study abroad program in Chennai, India, Chase took a semester long course on Yoga Theory with Mr. TKV Desikachar that essentially set the direction for the rest of his life. He became a private student of Mr. Desikachar's and spent a total of four and a half years in Chennai (from 1991-2012) studying with him, his family and his senior teachers including serving as a teacher at the Krishnamacharya Yoga Mandiram. He served as Director of Therapy and Education at the non-profit Healing Yoga Foundation in San Francisco from 2006-2012.

His depth of knowledge on yoga and meditation are shared through practical, humorous anecdotes that translate to everyday life.